Volunteers play an enormous part in creating an exciting and enriching experience for visitors to the Western Australian Museum, whether through Front of House engagement with the public, or working Back of House, helping preserve our rich cultural and natural heritage for future generations.

Coming from a wide variety of backgrounds, and across all our sites in this vast state, Volunteers are much valued members of the Museum community, and we greatly appreciate the incredible time and effort they go to, to conserve our collections and promote and enrich our displays and events. 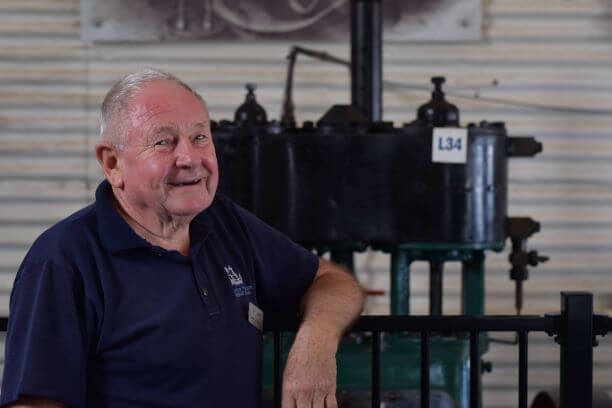 Eric has a rich resume of volunteer work and has been a Volunteer Engine Operator with the WA Maritime Museum since he immigrated to Western Australia from Port Sunlight in the UK in 2005 to be closer to his young family. He also volunteers for the Wanneroo Museum and the Machinery Preservation Club of W.A. Prior to his arrival in the southern hemisphere he volunteered at the Liverpool Maritime Museum, The National Waterways Museum in Ellesmere Port, and the National Trust. He was a stoker on steam ships in the Royal Navy Reserve and later worked on British Merchant Navy steam ships in West Africa and the Mediterranean.

Eric is driven by his desire to pass on his passion of maritime history and steam engines to the public. He loves to have a joke with visitors and when asked about his personal approach to engaging visitors he said, “I start with a laugh, tell them something interesting, and end with a laugh.” His joyous demeanour and ability not to take himself too seriously makes him approachable as well as knowledgeable.

You can find Eric in the Robert Steele Steam Machinery Exhibition on Thursdays alongside fellow volunteer and friend Don Watson. 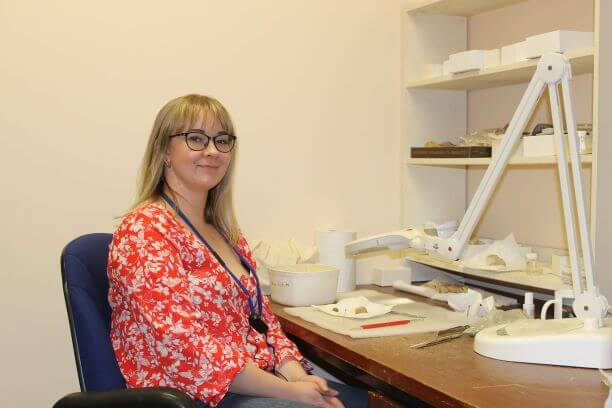 Chanel is a valued member of the Back of House Volunteer team in the WA Museum Collections and Research Centre in Welshpool, assisting the Planetary and Earth Sciences Department with fossil preparation.

Using delicate techniques and tools, she regularly assists with cleaning the bones of extinct marine reptiles such as Plesiosaurs and Icthyosaurs of the Cretaceous age (about 125 million years ago), which are found on fieldtrips in the Lower Murchison River area of north Western Australia.

Here, we can see Chanel preparing bone fragments from the femur or humerus of a giant Plesiosaur found by Museum scientist, Geoff Deacon.

We thank those working with us now, and look forward to welcoming new members to the team in the future.

About the Western Australian Museum

For over 120 years the Museum has been making the State’s natural and social heritage accessible and engaging through research, exhibitions and public programs.