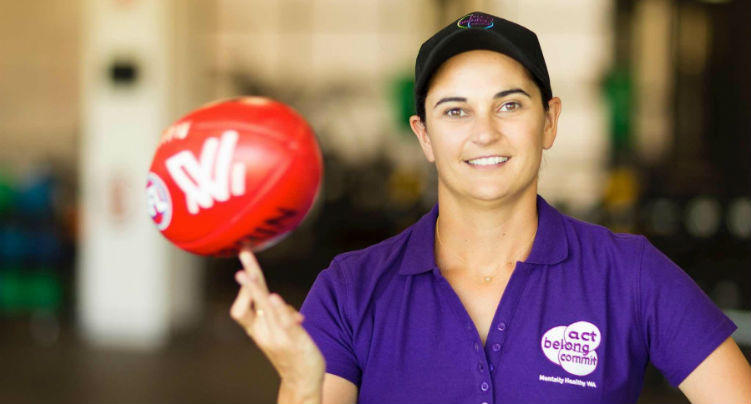 Michelle embraces the Act-Belong-Commit ethos, encouraging people to pro-actively look after their mental health, while recognising and championing the value belonging to a sporting club and committing to an active lifestyle brings to a person’s physical and mental health. Her mentally healthy pledge in 2018 is to play 50 rounds of golf!

We’re thrilled to have Michelle on board, and are looking forward to working with her on creating a mentally healthy WA!

If you are interested in engaging Michelle to speak about the Act-Belong-Commit message and staying mentally healthy at your event, please contact us on (08) 9266 4648.

Prior to joining the Fremantle Dockers AFLW team, Michelle gained significant experience coaching women’s and men’s football, including roles as the senior coach of Melbourne’s Women’s team, a development coach of Melbourne’s AFL side, a WA-based scout for Geelong, and working as an assistant coach for South Fremantle.

One of Michelle’s most significant achievements came in 2014, coaching the WA Youth Girls U18 side to a national championship. WA became the first state – other than Victoria – to win the championship. They went on to defeat Victoria again in 2015 in the Open Women’s Final