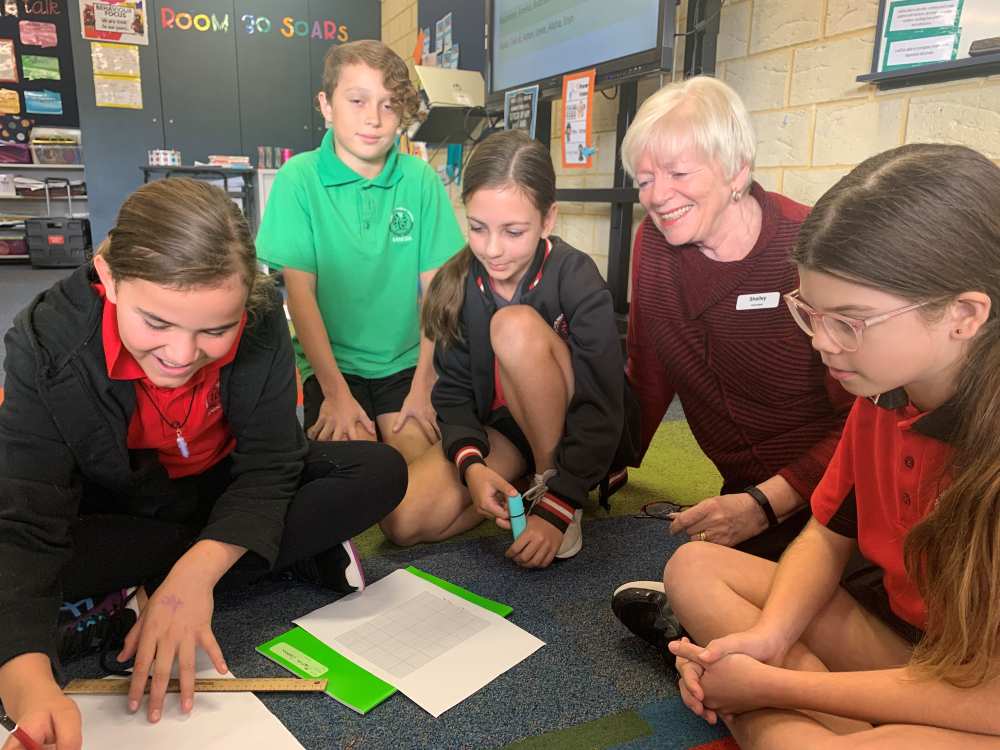 Mentally Healthy WA has released another video in their storytelling series Words to Live By – a special collection of videos which give life lessons on the mental health benefits of keeping active, belonging to your community, and committing to something meaningful.

Words to Live By showcases the inspiring stories of senior Western Australians whose lives encapsulate the power of the Act Belong Commit mental health message.

The new video focuses on Shelley McGinn, a former teacher who emigrated from England, who now lives in Wanneroo and has thrown herself into volunteering at the Spring Hill Primary School in Tapping.

Shelley is a testament to the power of intergenerational relationships and the mental health benefits they provide.

“Coming back into schools has enlivened me. It’s given me another reason to be. I don’t have children myself, so it fills in very nicely for me where children might have been in my life.”

“It was the principles of Act Belong Commit, particularly belonging to a community that made me think that EdConnect would be good for me, and another area in which I could give.

“If you’re thinking of becoming a volunteer, just do it. There are so many benefits to you, and to the children that you will encounter.”

Previous videos in the series have focussed on the stories and backgrounds of:

“Personal stories have a special power and we believe Segun, Doris, Shelley and Daljit will inspire others to consider their own lifestyles, and whether they could do more for their own mental health.”

Words to Live By videos have been released and shared across multiple platforms including SBS, social media and through Act Belong Commit and Partner networks and online channels.

Check out the new video here.