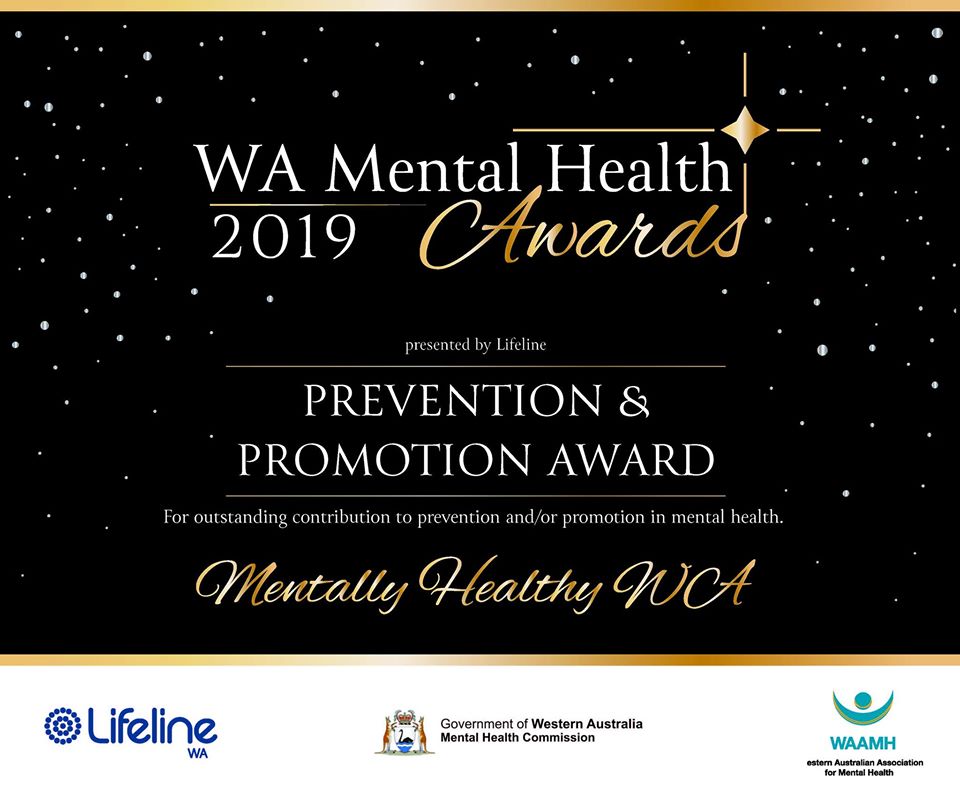 Mentally Healthy WA has been recognised for its commitment to mental health promotion at the 2019 Western Australian Mental Health Awards.

“By bringing the sector together, and recognising the outstanding work of individuals and organisations, we can share best practice and develop partnerships, so that the whole Western Australian community benefits.”

Almost 150 nominations were received across eight categories, with the winners selected for their dedication to improving the mental health and wellbeing of Western Australians.

The awards are followed by the two-day 2019 WA Mental Health Conference which starts today at the Hyatt Perth with more than 400 delegates attending from across Australia.